The inaugural Rangitikei Squash Club AGM was held in November 1968.
The site was donated by Production Engineering and T & J McIlwaine Ltd were contracted to build the courts for $21,976.
Our third court was opened in 1980 and the lounge was extended ten years later in 1990.

In July 1972, we held our first open tournament. There were 144 entries. 80 were accepted, everyone else was turned away.

On 21 April 1980, it was written in the minute book that "with membership approaching 420 (members), it was moved that membership be closed for one month."

Each year, we challenge Taihape Squash Club for the Saywell Shield. The late Peter Saywell was a founding member of our club. His wife, Elaine, and all three of their children played squash. This contest has been going since 1976 and this September, our clubs will meet for the 44th time. Taihape are current holders of the Shield having pipped Rangitikei by one match in 2019.
🍻🍻🍻 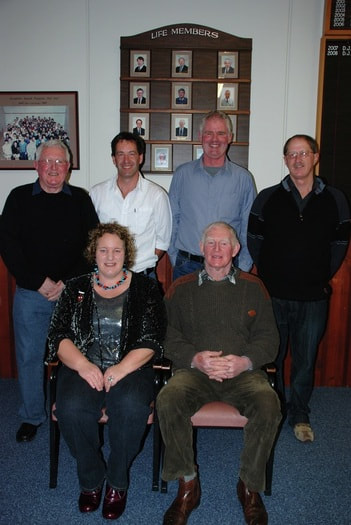 ​In 2019, the club celebrated 50 years with over 100 people joining in the celebrations.
You can view more photos from the occasion here.